While Thailand was facing with the flood situation, there were so many issues that have been discussed i.e. the government's master plan for flood management, the building of the floodways in order to protect the economics zone, industry estates and major cities, the compensation for the effected area in the future etc.   These has represented the element of the capitalism that to support, in every way, to retain private enterprises and their production.

Whereas, people talking about the economic, they, in the rural area were talking about how to survive and live in the flooded houses, how to protect their family member from the crocodiles, that escaped from the flooded farm as some people were bitten.   In fact, it is actually in their normal life to see sometimes the crocodile. However, it is not all the time that people are attacked by them.

The farmed crocodile is one of the productions from capitalism in Thailand. While people were frighten of crocodiles, none of the owner of the farms present to show their responsibility.  Like other products from the flooded factories, when they are lost by water, people only think about how to create the new production after flood.   But no one thinks about what to do with those wastes. No one care since escaped crocodiles were counted as damaged production in their factories.   In fact, it is not like other product, crocodile is a natural creature, which actually harmful. But they have been threaten like other production, which are 'letting them gone' and find new one.   The harmful of crocodile does not represent its nature, but the system of capitalism. 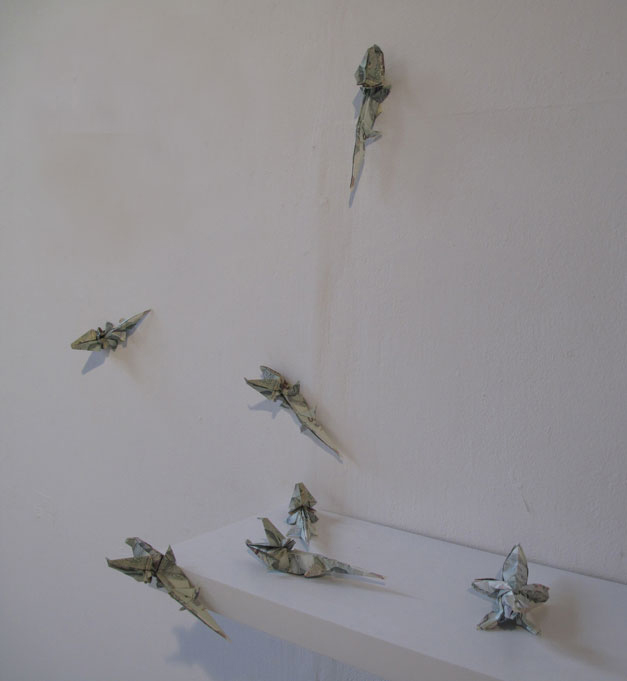